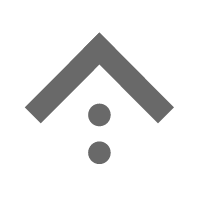 The Story of Wang Xizhi, the Sage of Calligraphy

The Story of Wang Xizhi, the Sage of Calligraphy 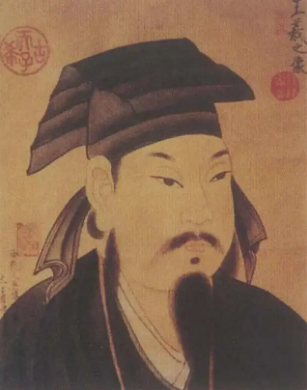 Wang Xizhi (321-379), born in Langya (Linyi, Shandong today), moved to Kuaiji Shanyin (Shaoxing, Zhejiang today), was a famous calligrapher in the Eastern Jin Dynasty and revered as “the Sage of Calligraphy” by people.  It is said that his best calligraphy work is the Preface to Orchid Pavilion Collection.
Statue of Wang Xizhi
Tomb of Wang Xizhi in Shengzhou
Wang Xizhi and Orchid Pavilion
On March 3rd, 353 A.D, the ninth year of Yonghe, Wang Xizhi invited 41 men of letters to hold a cultural activity for blessing in Orchid Pavilion in Shaoxing. It was a sunny day and the breeze felt gentle. In the dense woods where the bamboos were growing well, the stream was babbling, the invited guests had fun with an activity which was held to “wash away dirt in the river”. It was an old custom to rid oneself of ill omens. The men sat by the river and put their cups full of wine into the water, letting them float downstream. Wherever a cup stopped, the person sitting closest to the cup would immediately compose a poem, otherwise he had to drink three cups of wine as penalty. The activity aroused the guests’ strong interest, so did Wang Xizhi. He was exhilarated with the wine and wrote the famous "Preface to Orchid Pavilion Collection", which is known as "the world's best running script".
Preface to Orchid Pavilion Collection
The Preface to Orchid Pavilion Collection is not only the valuable calligraphy work, but is also taken as valuable Chinese prose in history. It embodies Wang Xizhi's positive attitude towards life as well as his enterprising spirit. More importantly, it gained Wang Xizhi a very high reputation.
Shaoxing Orchid Pavilion: Stele Pavilion
Shaoxing Orchid Pavilion·Scenery of Floating Wine Cup Along the Winding Water
Wang Xizhi had got resigned many times during his life because he showed no interest in being an official. During his tenure in Kuaiji's internal history, he did a lot for the ordinary people as he was quite a sympathetic person. He advocated that the government should simplify the administrative procedure and reduce the burden on people. There were many folklores about Wang Xizhi’s kindness in helping the old and the weak.

Orchid Pavilion: Goose Pond
Orchid Pavilion: Mohua Pavilion
One day, Wang Xizhi was walking on the path of Shanyin when he saw a gaggle of beautiful white geese. The owner of the geese was a priest. When Wang Xizhi saw him, he was copying the Huang Ting Sutra by the light. Wang Xizhi came up to him and asked, "I can help you do that on the condition that you send me a goose. Do you agree? " The priest knew that Wang Xizhi was quite good at handwriting, so he smiled and said, "Of course, I can send you even a gaggle of geese if you like ." Soon after the words, Wang Xizhi took the writing brush and completed the work without stopping. The priest sent him a good big white goose as he promised. Since then, Huang Ting Sutra is commonly known as " Inscription for Goose ". This story spread widely and became a tale. Li Bai, a great poet of the Tang Dynasty, once wrote a poem titled "Farewell to He Zhizhang Who Returns to Hometown" that goes as follows: Jinghu Lake is flowing with clear water, rippling, and my friend He Zhizhang known as the unstrained man, will return to his hometown for living a pleasant life. Suppose a Shanyin priest meets him someday, I believe that the story Huang Ting Sutra for Goose, which occurred to Wang Xizhi, may happen to him, too, because he is as an excellent calligrapher as Wang Xizhi .

Xizhi ‘s Valuable Inscription
Since Wang Xizhi quitted his position as the director of Kuaiji, he moved to his dwelling at the foot of Mount QiShan. One day, he saw an old lady selling a dozen of hexagonal bamboo fans and he came up to her and asked, "How much is it?" The old lady said, "Twenty dollars for each." Then, without thinking, Wang Xizhi's wrote five words on the fan. The old lady felt sorry for that. Being helpless and anxious, she said , "I made living by it, you stained my fan, then how can I do the business?" Wang Xizhi said slowly, "Don’t’ worry. You just tell people that these are the words written by Wang Xizhi. I believe the price of the fan can go up to 100 yuan for each. Indeed as expected, people rushed to buy the fan. The old lady was very happy with it. She gave Wang Xizhi more fans and asked him to help her again. But Wang Xizhi just smiled and did not say anything about it. It can be seen that Wang Xizhi's calligraphy was already valued at that time.
Shaoxing Ti Shan Bridge 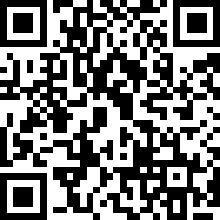